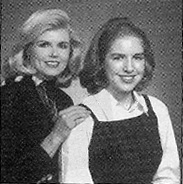 Two of Oklahoma’s most ardent crusaders against diabetes entered the battle for diverse reasons.

The current national chairwoman for the American Diabetes Association, Jane Camporeale, began her association with fighting the disease when a neighbor asked her to help with a fund-raiser. Years later her father died from complications of diabetes. Now Jane’s husband is diagnosed as diabetic.

“It’s become personal,” Jane noted. “But it didn’t start out that way.”

Her work as national chairwoman means she must travel from her Tulsa home frequently, often headed for Washington, D.C. to press the government for more funding.

“I don’t like to pit one disease against another,” Jane said. “Everyone is there asking for money, so it’s tough. But diabetes really is under-funded, considering the number of people it affects every year.”

The statistics are, indeed, staggering.

The deadly serious disease attacks 16 million Americans. That’s twice as many people as all those afflicted with all cancers. However, for every $7 spent on researching and preventing cancer and AIDS, $1 is spent to research diabetes.

“It’s all about funding and research,” Jane said. “The funding is simply not in place for any critical research and it’s very difficult to get our government representatives to understand that diabetes must be given more dollars. Prevention will save this country money. Some 27 percent of those on Medicare are diabetic, but surveys show that only four percent of Americans questioned even know what diabetes is and how it can affect the body.”

The affects are varied and devastating. Diabetes attacks and weakens every organ in the body and can result in blindness, heart, liver and kidney disease, stroke, and poor circulation that can lead to amputation. Diabetes has no known cure.

No one is more tuned into the fight that Kim Koleber, a Tulsan whose 13-year-old daughter, Megan, was diagnosed with diabetes when she was three.

“Megan is Type 1, which means she is insulin dependent and must give herself injections and check her blood sugar at least three times a day,” Kim said. “We had no diabetes in our family before Megan was diagnosed with it.”

When Megan was a toddler she contracted a flu virus. Her body went into action, creating many white blood cells with which to fight off the infection. Her body did too good of a job and the blood cells attacked Megan’s pancreas, disabling it so that it could no longer produce insulin.

“I was devastated,” Kim said, recalling when she was first told her daughter was diabetic. “I knew it was going to completely change our lives.”

Diet and exercise are used to help stabilize the disease, but juvenile diabetes is especially critical because the individual must live for so many years with the deteriorating effects.

“I think ahead to when Megan is 20 and I wonder if she’ll be having kidney failure or if her eyesight will be bad,” Kim said. “But Megan is such a trooper and she’s done so much work in fund-raising and raising the awareness of people about diabetes. Our main objective is to educate people – to make them understand that a cure is possible.”

Megan is an honor student at Jenks Middle School. She recently traveled with her family to the nation’s capitol to speak with their representatives about further funding. Appointments were made, but Kim said that “the people there play by their own rules” and she and Megan came away disillusioned. However, the recent crowning of Miss Virginia, Nicole Johnson, as Miss America has given Kim and Megan new hope.

“Miss America is diabetic and her platform is educating people about the disease and seeking more funding,” Kim said. “That’s great. When she won, I shouted, ‘Yes!’”

Some day Kim hopes the word is spread about the disease so that she doesn’t have to hear any more ignorant remarks such as. “What did you do, feed your kid Oreos for breakfast?”

“Most people think diabetes is about people eating too much sugar and that’s just not right,” she said, resignation weighting her tone. “I could do more damage to Megan by feeding her a ‘happy meal’ than by feeding her four pounds of sugar.”

She added that diabetes is controlled through balance – a balance in diet and exercise. The body is no longer capable of balancing itself, so the person has to assist by monitoring her blood sugar, eating well-balanced meals and engaging in routine physical activity.

“Women are especially affected by diabetes,” Jane noted. “Many, many women contract this disease, and if the are luck and don’t, then chances are someone in their family will. Women are the primary caregivers, so they end up taking care of, or at least helping to take care of, the diabetic family member.”

November is American Diabetes Month. For more information call 1-800-DIABETES (342-2382) or visit the site on the World Wide Web (http://www.diabetes.org). A free brochure is available called “Diabetes: What to Know – Head to Toe” that contains simple steps for controlling the disease. 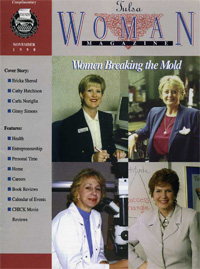